Winners and results from the Nordic Edge Quiz 2021

The results are in from the Quiz that was held last week; a bit of a mix of knife making knowledge, Australian knifemaker network knowledge and with a couple of trick questions thrown in just to make it a bit more interesting.

We had 4 prizes; one blacksmith apron in buffalo leather, and 3 sets of Exhibtion grade Ringed Gidgee. Plus a $10 discount code on the last page of the survey for anyone who took part.

The quiz was open until Sunday 8th of August 2021, and here are the results and winners. 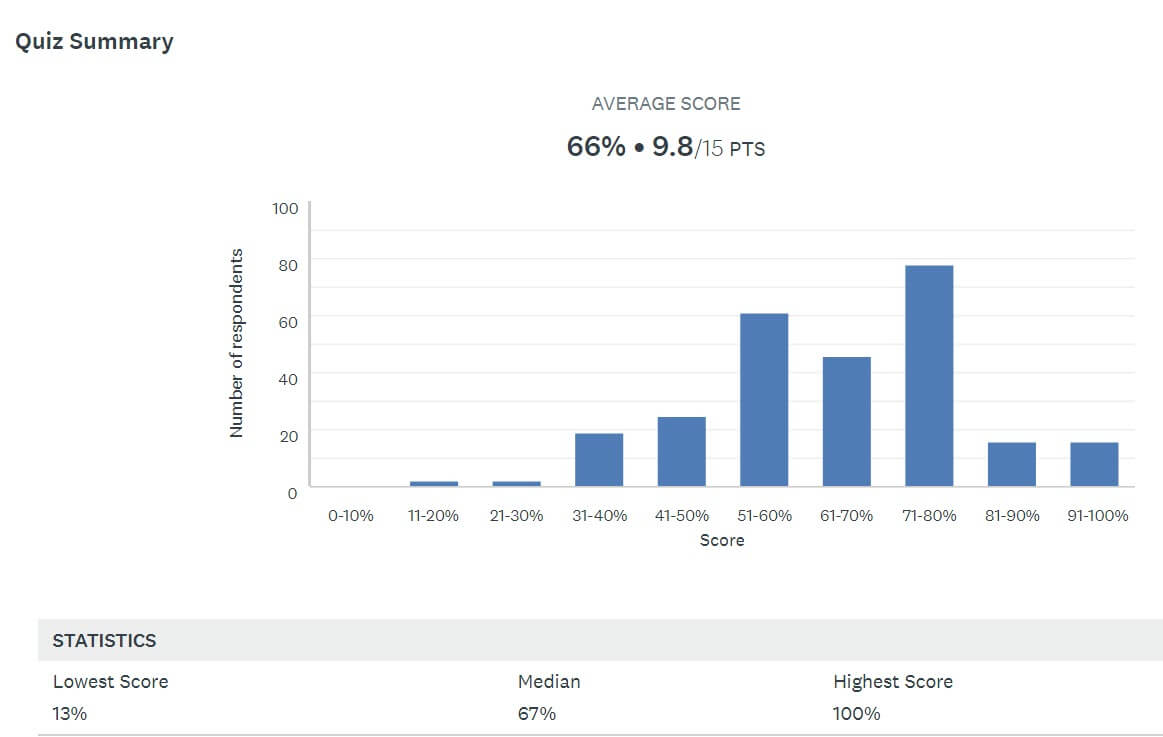 Most everyone got this one right; How do you make Stainless steel?

97% of people got this one right, that it was about Chromium. 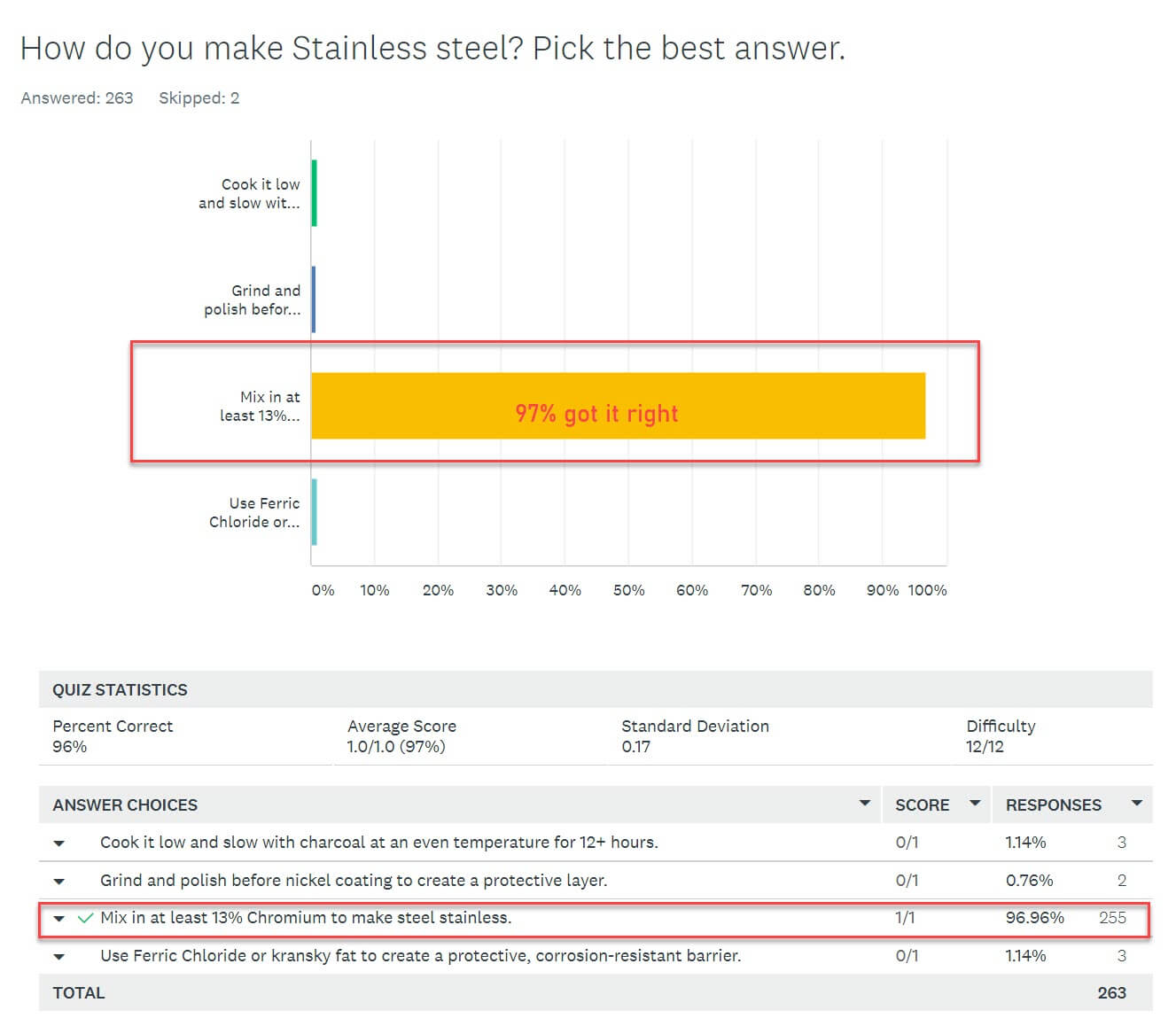 This next one is also good to see that most people got right: The temperature to quench 1084 carbon steel from:

There are a lot of technical terms being thrown around as soon as you start discussing heat treatment, so well done on getting also this one right. 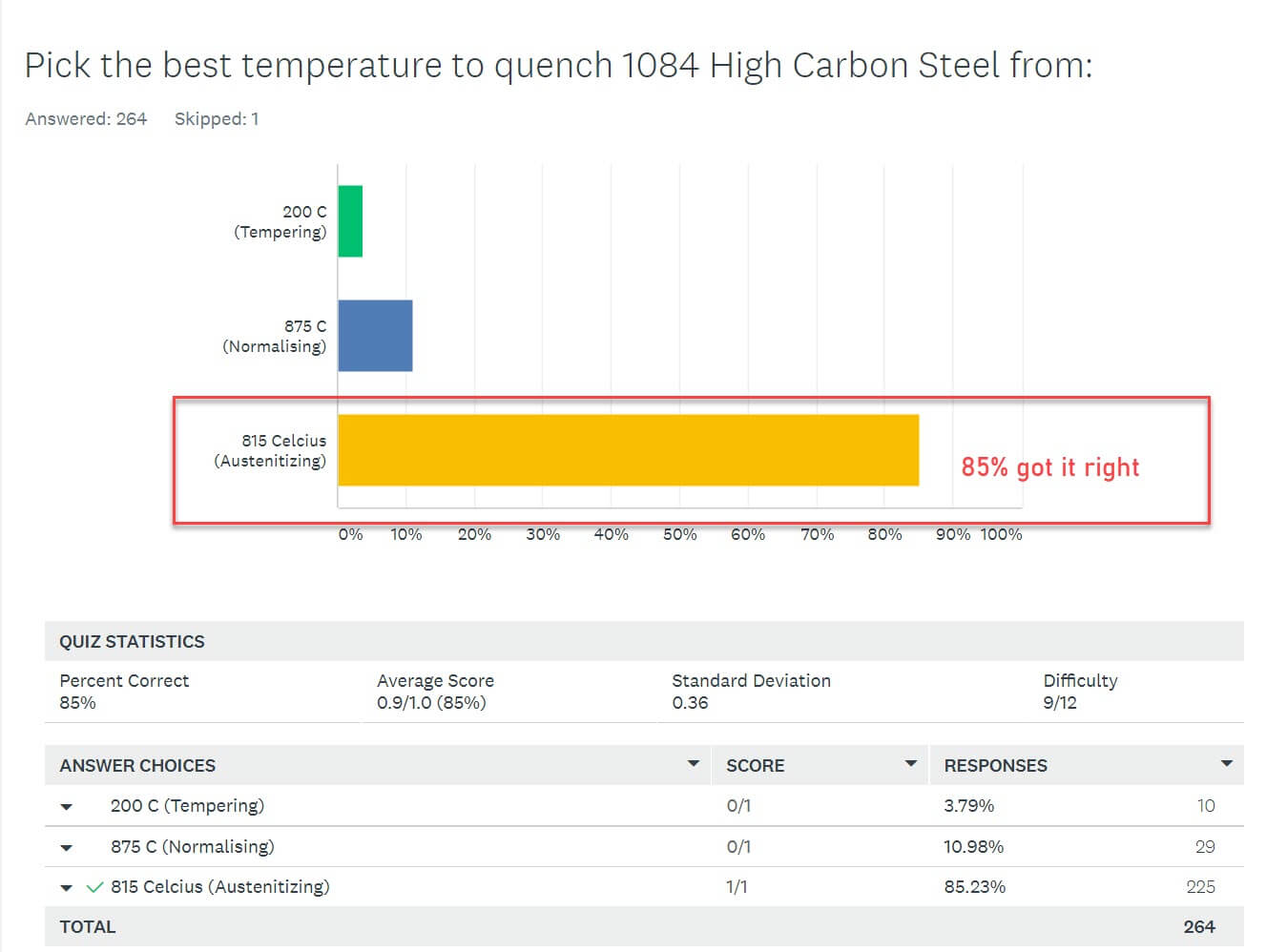 This one was a bit of a trick question, "Which of the below is NOT true?" and only 12% got this one right! 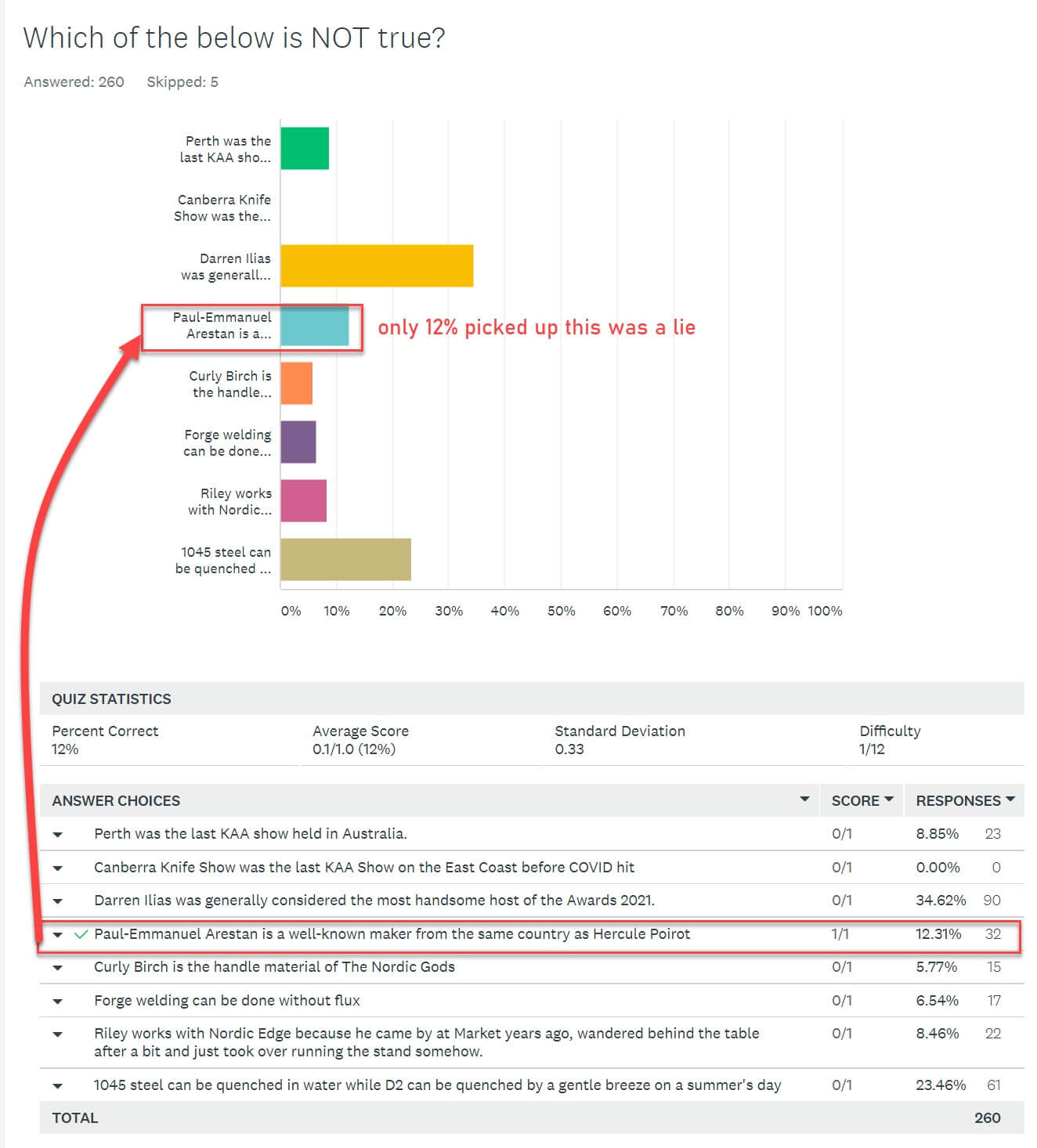 Not only did it require fine reading and possibly a bit of googling, but you also would have to been following the Australian Knife Making Awards 2021 live streaming sessions to be able to sort out which of these were true, making the last option when all others were gone, the lie we were looking for..

This one was meant as a trick question - hope we did not upset anyone!

We had several makers message us saying this is not right - cast iron has way more carbon than CPMS35VN.

We know - but Wikipedia agrees with us that Cast Iron has so much carbon it is no longer a steel, it is classified as "Cast Iron".. and we all know that if the Internet backs up something we think is true - it is :)

What we had not expected was that the answers should spread so evenly - we would have expected 1084 to not be selected as having more carbon than the others and that it would be a google lookup between the other 2 or 3? 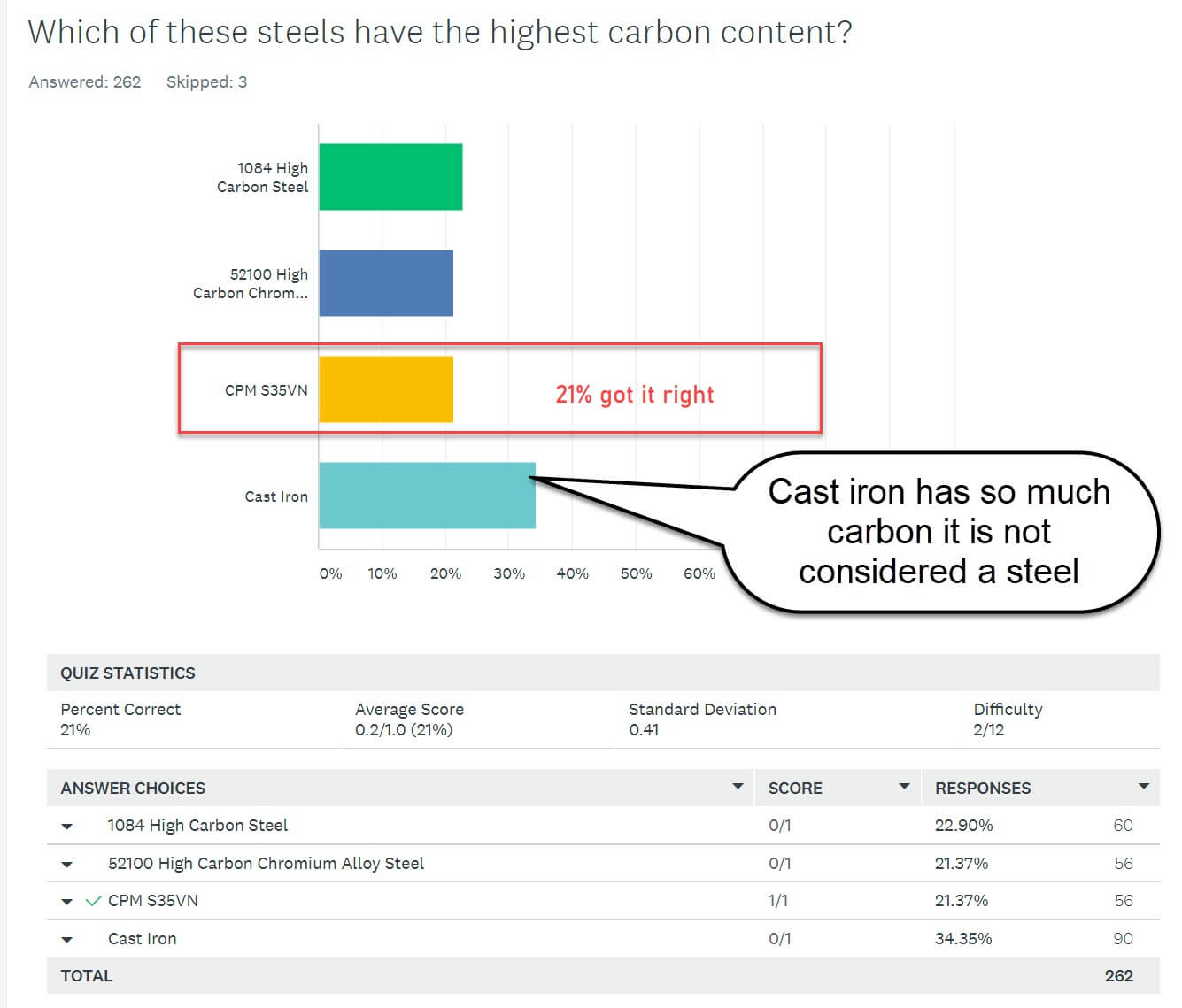 Another factual question; is solid state or gas forges (furnaces) hotter? Most makers today use a gas forge, being easier to deal with but a solid state forge can get way hotter.

With a gas forge, your steel can crack or scale away - in a solid state forge your steel melts and the end falls off if not careful.. (ask us how we know)

Of the solid state fuels listed, coal burns hotter than charcoal and is the right answer.

24 people choose Adelaid in Summer as hotter than either gas or solid state forges, showing knife makers do have a sense of humour! 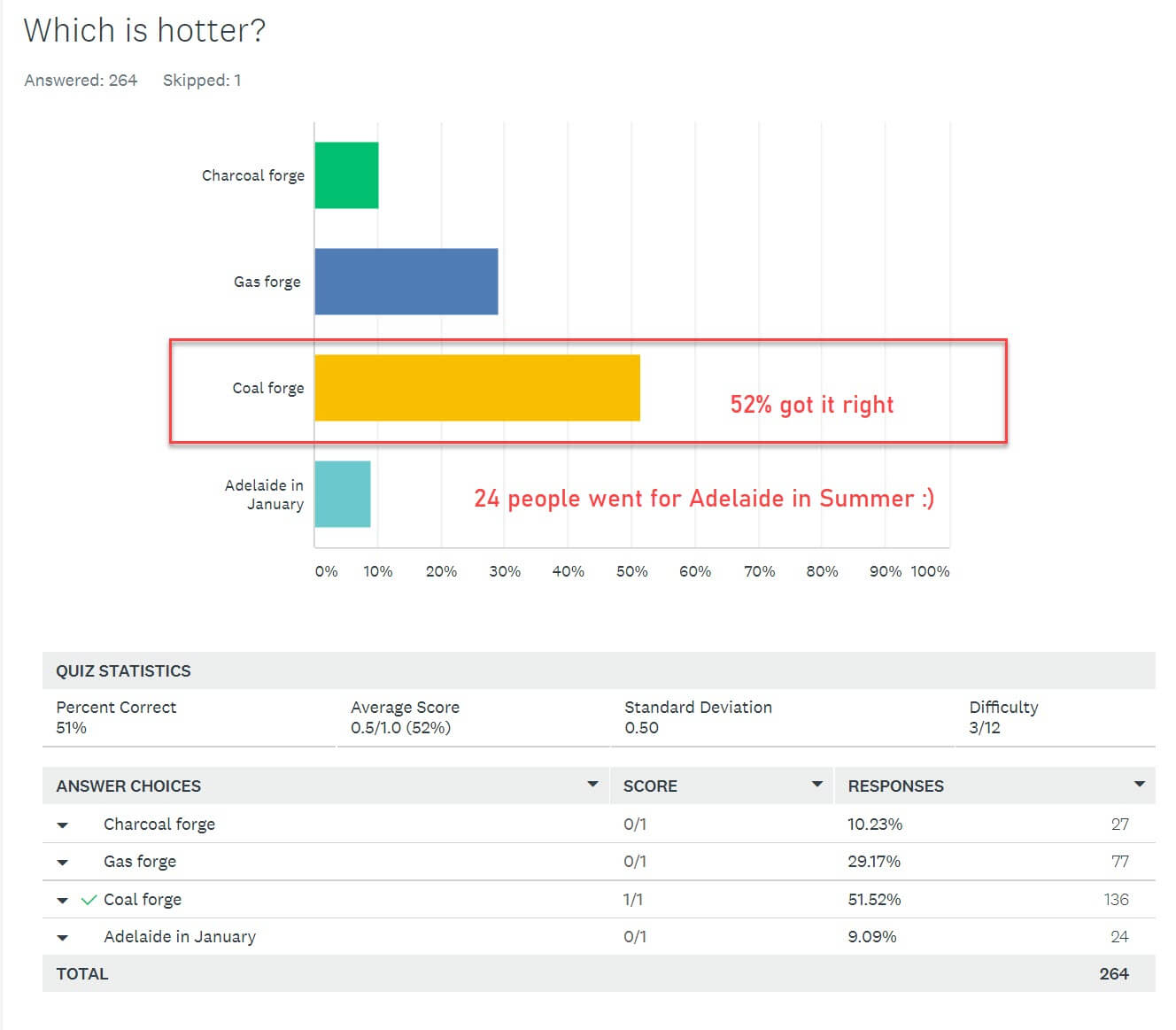 This next one was really difficult because not only did it require some internal knowledge from having watched the Awards 2021 streams - it also did not tell you how many right answers to select.

There were 3 rights answers to select and many got one or two but not many got all three: 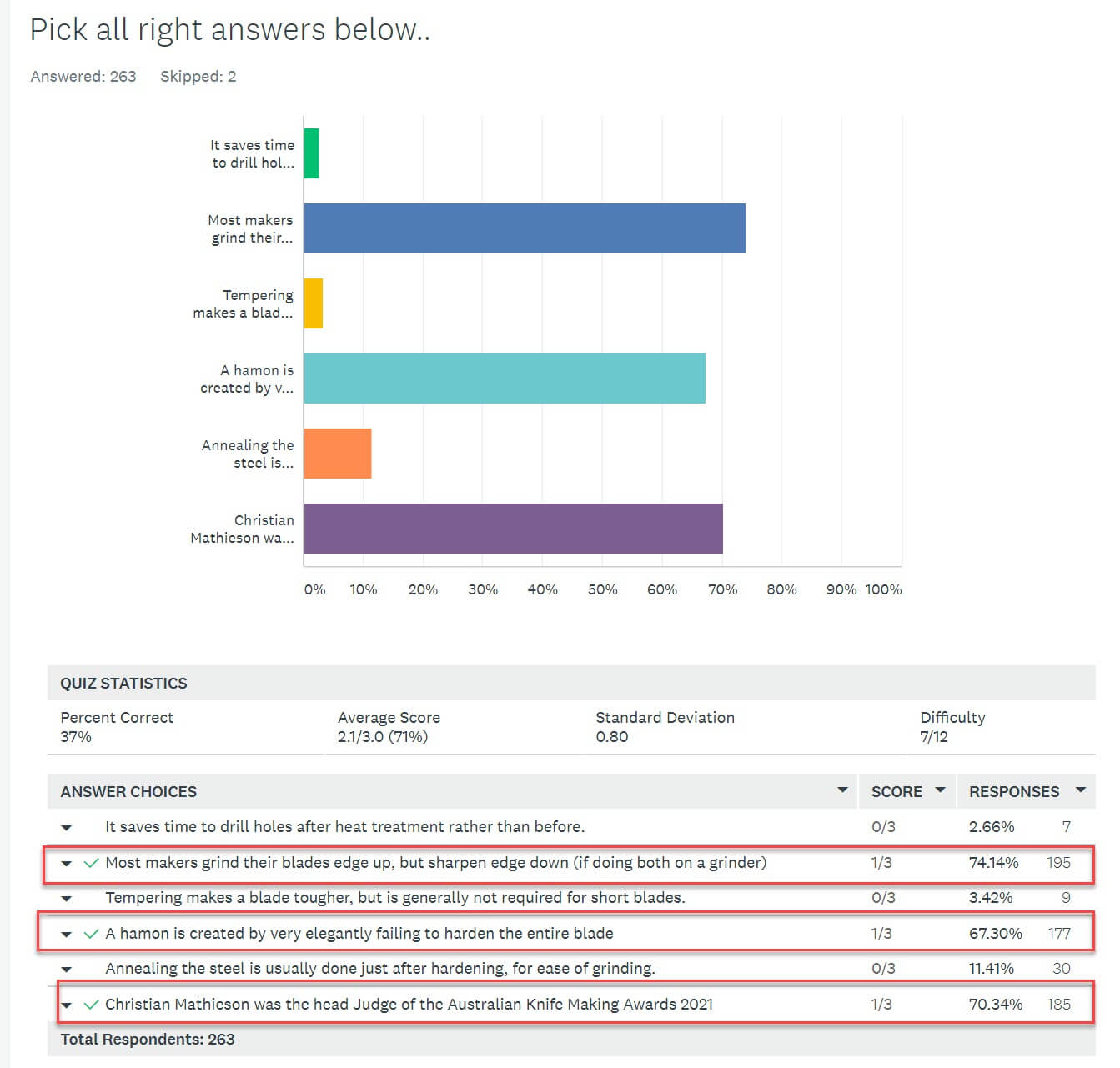 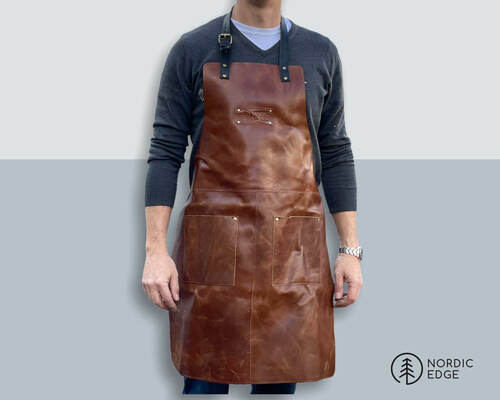 Each win a beautiful set of Exhibition Grade Ringed Gidgee: 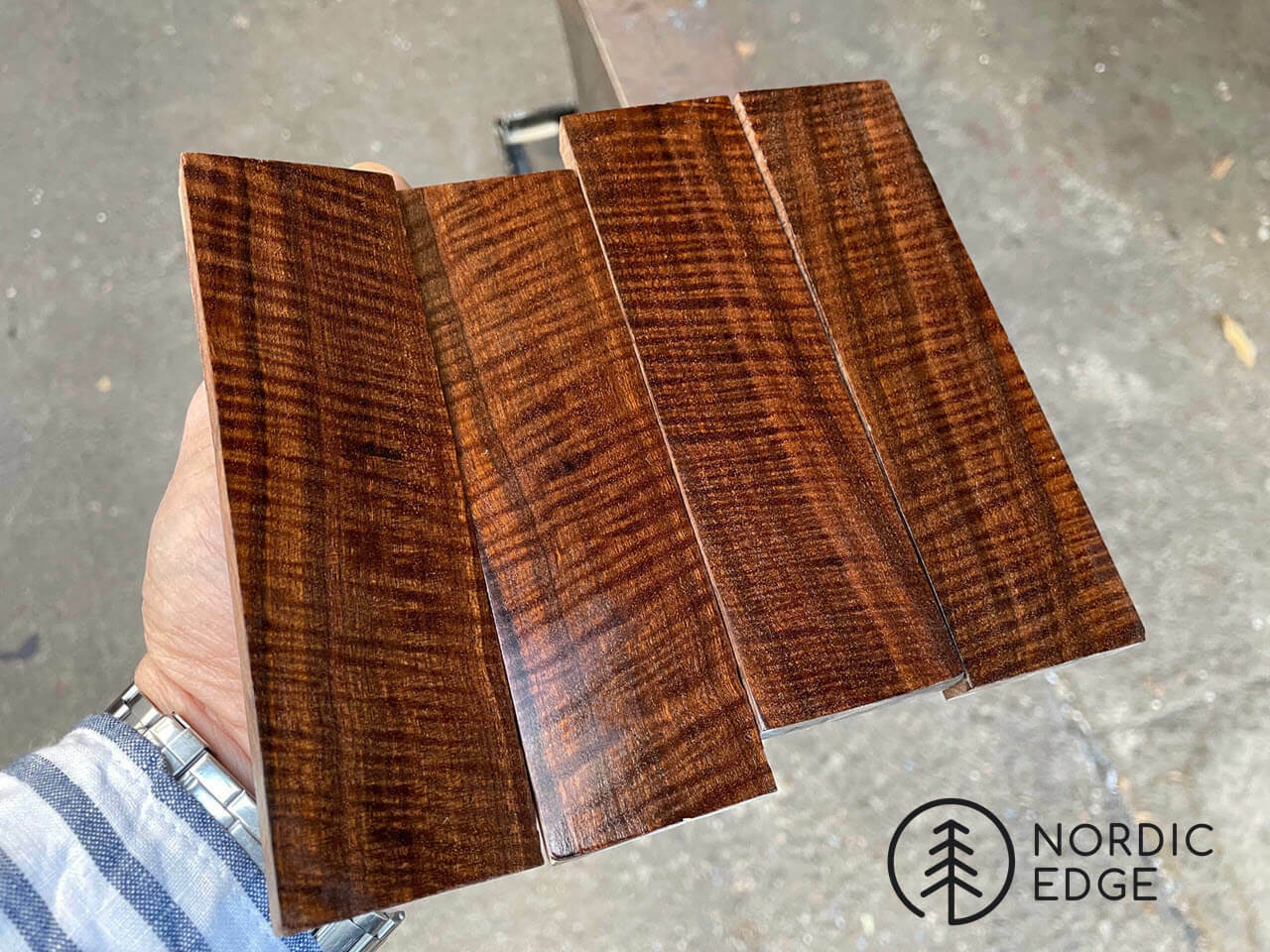 With so many people playing we need some prizes drawn from the entire pool as well so we added 5 x $20 vouchers and drew 5 more winners using the random number generator:

A big Thank You to everyone who took part in the quiz, and congratulations to the winners!